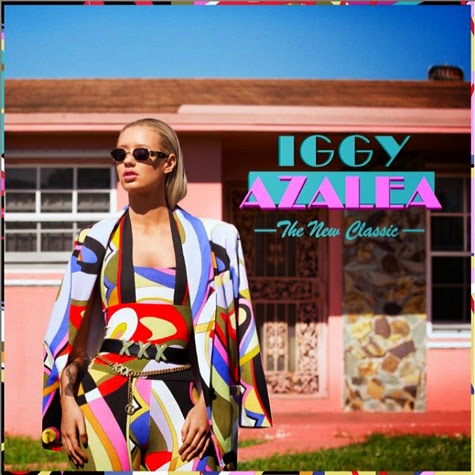 Iggy Azalea is not the most popular figure in the hip-hop world, and she certainly isn’t helping this popularity by naming her debut album, The New Classic. She should know better than to throw around words such as ‘classic’, when promoting it, let alone including it in the title. It’s things like this that are sure to rile up the people who like to argue about rap music on the internet, aka her core fanbase. I think the title was a poor move from Ms. Azalea, especially because she knows damn well that this album is not the new classic. If it was all part of a grand plan to get people talking about her, then she has succeeded.

I must say, I find it very hard to buy into her hype for non-music reasons. Her whole image is derivative. If I wanted to listen to sexual raps from a lady with a big bum, I would re-listen to Nicki Minaj’s first album. If I was in the mood for salacious rhymes from a bisexual rapper named Azalea, I would maybe, listen to Azealia Banks. For that reason, I can’t get enthused about The New Classic, in concept or execution.

There is nothing mildly original on this album. If you are familiar with commercial hip-hop albums, then you will be accustomed to many aspects of the formula used by the artists. The New Classic has an intro with a somewhat boom-bapish beat, where Iggy delivers an aggressive message to the haters and doubters. Some songs are about overcoming adversity [Impossible], and a couple tracks about deal with love and heartbreak [Fuck Love]. Then there are the obligatory radio friendly singles [Work, Fancy]. Rap albums that follow the formula so closely are rarely great.

It surprised me to learn that Iggy Azalea’s Australianness was less than common knowledge. If I went into The New Classic without prior knowledge, I would assume that she was American. Her origins are briefly alluded on a couple of songs, like Work where she talks about ‘No money, no family / 16 in the middle of Miami’. There are also some off-handed references to working a cleaner to support herself as a young lady; aside from this her pre-rap life remains unclear. Personally, I think some songs about a young white girl who moves to America; with intentions of making music in a predominantly black genre would be interesting at the least. Instead we get lines like, ‘we spend our winters in the Summer of Australia / Eating crumpets with the sailors’. There is scant detail about the life and times of Iggy Azalea.

It is difficult to criticise the approach Iggy has taken towards the subject matter on The New Classic, because it has paid major dividends in terms of sales. Over in America, Iggy Azalea has been dominating the album and singles charts. Last month, she became the first artist since The Beatles, to simultaneously hold the number one and two position on the Billboard 100. Further, she is the third artist in history, to replace herself in the number one spot. In Britain, she is on course to top the first ever UK Top 40 that takes music streaming services into account. So it isn’t going too badly for Iggy Azalea.

The New Classic is loosely broken into two parts. The first has traditional rap songs which are intended to showcase Iggy’s skills as a rapper. Most are bland and inoffensive, the standout tracks are the bad ones. Track three is called 100, it is produced by a group who call themselves WatchtheDuck. Let that set the tone for the song. It’s one of those weird rap songs that tries to include elements from country music. It comes across like a poor man’s Timber. I can imagine the WatchtheDuck guys hearing the new Pitbull album, and having their mind’s blown by the juxtaposition of country, dance AND hip-hop all in one track. I’m sure this was their attempt to repeat the magic. The production feels cheap, the acoustic guitar and drums especially, the rapping adds nothing to the song. It’s pretty atrocious.

Throughout the album, Iggy Azalea’s rapping is decent, she has a few rubbish lines,but for the most part it’s serviceable. This album isn’t marketed towards the hardcore hip-hop fans. The majority of people buying this album, would be happy if she managed to stay on beat and say something mildly clever every from time to time. This is what I was expecting from her debut album and it’s what she delivered.

The second half of The New Classic is significantly weaker, it gravitates towards dance and trap influenced songs. It is here where the lowest points of the album occur, especially in terms of production. Iggy Azalea is overpowered by many of the beats and there were times that I didn’t notice that she was even rapping. The worst song on the album is called Lady Patra. I’m sure the idea of mixing reggae music with rap seemed like a good one, but like many tracks on the album the execution feels forced.

Another lowlight is Black Widow featuring Rita Ora, it is leftover from Katy Perry’s most recent album. I get the impression that Ms. Perry wanted Prism to have at least one trap song on the album, and quickly jettisoned Black Widow after she recorded the superior Dark Horse. One of her people probably sent it over to the Azalea camp, stuck Rita Ora on it and called it a day. Black Widow has a simple melody that sounds like it could have been created on a child’s xylophone, it is very much in line with what these trap people are doing at the moment. Iggy provides the usual standard of rhymes. Rita Ora did nothing during those three minutes to convince me that she is someone worth listening to.

There are a fair few songs on here that feel phoned in, clearly most of the effort went into the two singles; for that reason, I will put the most effort into talking about them.

Charli XCX makes this song, without her it would be at least half as good, and I feel she has a very promising career ahead of her. She wrote one of the biggest songs of last year and has steadily been increasing her international presence, all without an album on a major label. Not to mention the fact that she has already broken America. Fancy had to grow on me after a few listens. Iggy Azalea raps on about 50% of the track and says just enough to remind us that she is, in fact the lead artist. It’s also pretty catchy, I attribute this more to Charli XCX carrying the song. It is mildly hypocritical for me to praise Charli XCX for making good commercial music, when I’ve been slating Iggy Azalea for the same thing. I do this because Charli does it without coming across like a dick. 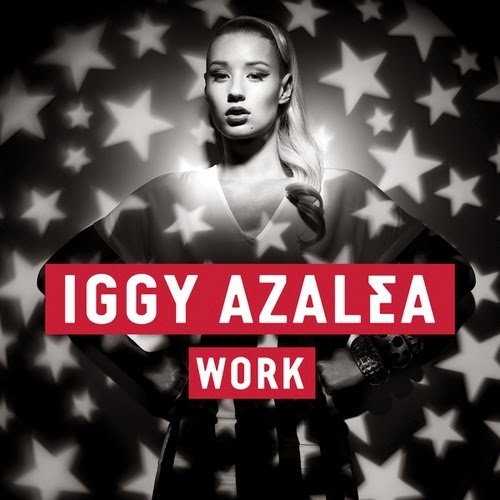 I think it is the best song on The New Classic. It has a really catchy chorus and it does a nice job of introducing the listener to who Iggy Azalea is, and what she’s about. It is encouraging for her career that she can generate massive sales from such a song. Work is the point where the first half of the album ends, the quality takes a nosedive from this point on. It is not worth continuing with The New Classic, unless you are keen to hear about Iggy slagging about.

This was not an album for me. I feel that as something of a rap snob, I will never be able to appreciate albums such as these. I tried my best to remain impartial, but the album was poor. Iggy Azalea’s rapping wasn’t especially bad, but it wasn’t good enough to carry such a project. I enjoyed a few tracks but for the most part, The New Classic is comprised of average songs. Aside from Black Widow and Lady Patra none of it was bad. It may not have been a bad album, but it certainly wasn’t good. I am giving The New Classic 4 out of 10